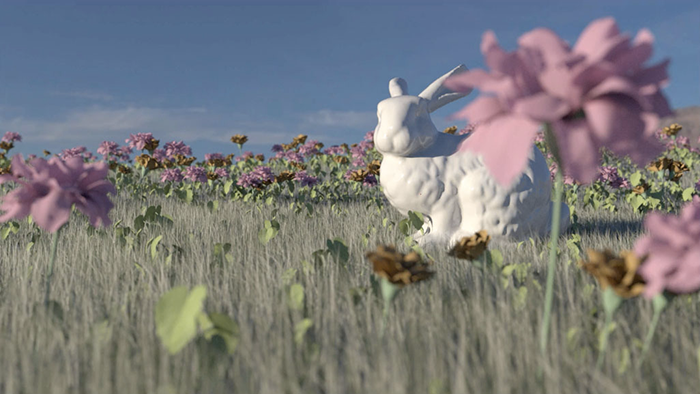 How an Internal Idea at Psyop Influenced Artists Across an Industry

“Working in support of creative… all creative, regardless of whether they’re at Psyop or not has always been Psyop’s MO. The choice to open source Cryptomatte was true to that spirit. The world needs more creativity and beautiful images – not more mattes. The combination of vendor support and sweeping user adoption is proof that we’ve created something meaningful for the artists we work with and that’s incredibly gratifying.”

This last Friday, March 1st, Psyop CTO, Andy Jones, and software engineer, Jonah Friedman, were recognized at the prestigious Visual Effects Society in New York with the Empire Innovator award for Psyop’s Cryptomatte – a revolutionary tool that has changed the way post production artists work throughout the industry.

This recognition is the result of years of effort – Psyop had developed the technology in-house, implementing it across their LA and New York offices for a full year before deciding to open-source it on GitHub in 2016. In doing so, Psyop set off an organic, artist-led movement that eventually led to industry wide adoption and compelled major companies from Arnold, Nuke, Houdini, Redshift and Clarisse to even Pixar’s Renderman to add support for it within their proprietary systems – Pixar themselves called Cryptomatte an “industry standard” when they made the announcement last year.

In the years since Cryptomatte’s release, other commercial post and animation studios within the industry, seeing both the positive creative and financial impacts it had on their output, followed suit incorporating Psyop’s Cryptomatte into their own pipelines. Students at the School of Visual Arts, a prestigious multidisciplinary college of art and design, are now taught with it baked into the curriculum. “I had created a presentation on Cryptomatte but my students had all heard about it already,” recalls Briana Franceschini, SVA faculty and Technical Director at Psyop.

In deciding to give their tool away, Psyop created an army of Cryptomatte evangelists who spread the word widely and vociferously.

“I read about Cryptomatte when I was freelancing overseas in 2016. It was making its way around user groups – possibly even before it was officially released. I worked on a full cg shortfilm and implemented Cryptomatte into the pipeline of the studio to test how it performs. It felt like our prayers were finally heard. We were in matte heaven! After we finished the film I flew out to another studio which was already entering crunchtime with their new project. I was consulting on the compositing side to streamline the process because of the vast amount of shots. After talking to some lighters I found out that they spent a lot of time setting up custom mattes to give the compers the opportunity to match the director’s color layouts as close as possible. So I asked them to implement Cryptomatte to their pipeline which sped up the lighting and comp process and got rid of a bottleneck,” recalls Matthias Bauerle, compositor and CG artist.

In addition to online chatter, artists started contributing significant improvements to the tool themselves on the open-source framework. With individual developer contributions along with native support in the majority of digital content creation software packages, Psyop managed to secure not only Cryptomatte’s long term viability be improve it beyond even their original intentions. “The majority of Cryptomatte that’s out there and in use, we didn’t create ourselves. Seeing this project grow like that has been really amazing,” states Friedman.

The name Cryptomatte is a play on the word matte, an artist short form for ID mattes, and Crypto which denotes how confused people are by how they work.  On the simplest level – mattes are a way for post production artist to isolate and identify specific elements within an animated scene so that other artists can make changes. As a result, when working with moving picture with hundreds of scenes, the creation of mattes often created a messy back and forth between the artist currently working on a scene and the artist prior. Miscommunications were a natural side effect and frustrations ran high across team members especially in the face of rigid, fast paced commercial production timelines.

“Psyop has always been a creative-first company. By eliminating the bottlenecks mattes created, we hoped to free artists to spend their time on high level creative tasks, instead of spending it on mundane technical details,” recalls Andy Jones, CTO of Psyop and co-creator of Psyop’s Cryptomatte.

With Cryptomatte, Jones and Friedman gave each artist would have more control over their stage in the pipeline while freeing up more time for actual creative improvements to the final picture.

“Having to ask for mattes felt much worse than having to make them. No artist wants to ask another artist to do boring, unartistic work,” explains Friedman, “Cryptomatte removed a major source of friction within the team.”

“It doesn’t cut any corners creatively but cuts out a huge chunk out technically which, let’s be real, who wants to spend all their man hours on the computer clicking and setting up all those layers. It’s not so much a change of workflow as it’s directly taking away a huge, boring part being a lighting artist,” adds Briana Franceschini, SVA faculty and Technical Director at Psyop.

Cryptomatte’s creative impact stretches from post artists all the way to the director. “Cryptomatte gives the directors more creative freedom to make adjustments quickly throughout the project in comp, rather than going back and forth for tweaks in 3D. That’s especially true, when there is simply no time to rerender,” comments Ieva Callender, Lighting Technical Director at Psyop.

First debuted at Siggraph years prior and featured again at FMX in 2017, the latest VES Empire Innovator award in 2019 represents not so much a recognition of the invention of the technology but a larger acknowledgement by creative leaders of the indelible mark Cryptomatte has made on the VFX industry.

“Working in support of creative… all creative, regardless of whether they’re at Psyop or not has always been Psyop’s MO.  The choice to open source Cryptomatte was true to that spirit. The world needs more creativity and beautiful images — not more mattes. The combination of vendor support and sweeping user adoption is proof that we’ve created something meaningful for the artists we work with and that’s incredibly gratifying,” says Jones.